The Five Biggest Cultural Events Of 2015

HAMILTON. Every bit as crowd-pleasing as it is brilliant, this changes everything, as OKLAHOMA!, HAIR and RENT once did, by bringing fresh ideas into the theater just when we needed them. Among the show’s legion of fans is the President of the United States (and he saw the understudy!), who commented, ”I’m pretty sure this is the only thing that Dick Cheney and I have agreed on during my entire political career.” The night Cheney attended, creator and star Lin-Manuel Miranda wrote, “He’s the OTHER vice-president who shot a friend while in office.” A hip-hop musical about the Founding Fathers is the toughest ticket in New York: who would have thought? Before HAMILTON wins its inevitable Tony next June, I predict it will have already earned the Pulitzer Prize for drama. 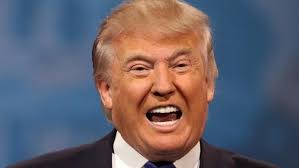 TRUMP. Talk about a disruptor! The Pub race was always gonna be colorful (Rick Santorum again?), but Jeb! was supposed to be unstoppable: guys like Rubio and Kasich were actually running for vice president, went the wisdom. Then Donald J. Trump shows up with a very simple message for the Pub base: (1) I don’t even HAVE a dog whistle, so I say out loud what you’ve been thinking all along; and (2) I’m so rich that the power brokers can’t buy me off. Add that to a general loathing of professional politicians among the Tea Party set (the wet-eared, anti-governance Freedom Caucus just obtained the scalp of its own party’s Speaker of the House), and Trump, Ben Carson and Carly Fiorina are promoted as electable not despite, but because of their ignorance. The star chambers which actually run the party have been impotently predicting The Donald’s demise for six months, but now the RNC is making contingency plans to protect its down-ballot candidates against an ever more possible Trump nomination. Absurd, yes. But party bosses have to think about it. Anything less would be malpractice. 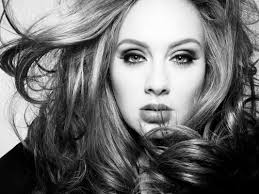 ADELE. Recorded music was supposed to be dead to streaming and piracy. Then Adele released her album 25, and to say it was eagerly awaited is the understatement of the 21st century. In its first week, 25 sold more than 3 million copies in the U.S., shattering quarter-century sales records to bits and making it far and away the most lucrative cash cow of the digital era. To put it another way, that week 25 was responsible for 42% of all recorded music sales; the closest competitor in this regard is Taylor Swift’s RED one year ago, and she controlled barely half of Adele’s market share. Her listeners come from all shades of the music spectrum: men and women, old and young, people who barely follow what’s left of the music business. Her single “Hello” became so ingrained in the culture that it was able to serve as the recurring punch line for a SNL sketch, “A Thanksgiving Miracle,” the week she appeared.

STAR WARS. Adele the most fervently anticipated in the year of THE FORCE AWAKENS? I still say yes, because of the utter domination of her business. But I doubt there’s a living being anywhere up the food chain from the unicellular flagellate that wasn’t aware of the coming date of December 18. The hitch was that many devotees had been soured by the ho-hum “prequel” trilogy, so the #1 job of Bob Iger and the marketers at Disney, new owner of Lucasfilm, was to get the fans back on board. I won’t go into detail (see it soon or it’s sure to get spoiled for you), but mission accomplished. And the globe-spanning magnitude of STAR WARS fever was up there in Adele territory. It took THE FORCE AWAKENS just two weeks to become the all-time worldwide #9, and it could even be a notch higher by the time the ball drops in Times Square. Now let’s see if it can rack up a sick amount of multiple viewings like TITANIC or its 1977 predecessor. This is the first STAR WARS picture without George Lucas’s hands on it — he gets a “based on characters by” credit — but J. J. Abrams really performed under pressure, and this makes two iconic space franchises he’s re-energized. We’re starting to see a backlash develop among people who found the flick a little too familiar, but just now Disney is right where it wants to be, armed with the ultimate selling proposition: everybody wants it, and only we have it.

GO SELL A WATCHMAN. That is not a typo: the event wasn’t really the content of Harper Lee’s second published novel — the critical reaction has been tepid to a story that pales when compared to her inspiring masterpiece TO KILL A MOCKINGBIRD — but the circumstances of its discovery and dissemination decades after it was written. After keeping GO SET A WATCHMAN locked away for half a century, was the frail and ailing author honestly willing to approve its publication now? It was the fastest-selling book in HarperCollins’s long history (they published MOBY-DICK, dude), doing 1.1 million units in the first week and a skajillion more as the year wore on. More people wanted it in paper than on a pad — the opposite sales pattern from most works of fiction — and physical booksellers quite understandably rejoiced. Anything that brings in customers is good for everybody, and the book business could really use some good news right now.

This entry was posted on Wednesday, December 30th, 2015 at 2:05 pm and is filed under Books, Film, Music, Politics, Popular Culture, Publishing, Theatre. You can follow any responses to this entry through the RSS 2.0 feed. You can leave a response, or trackback from your own site.